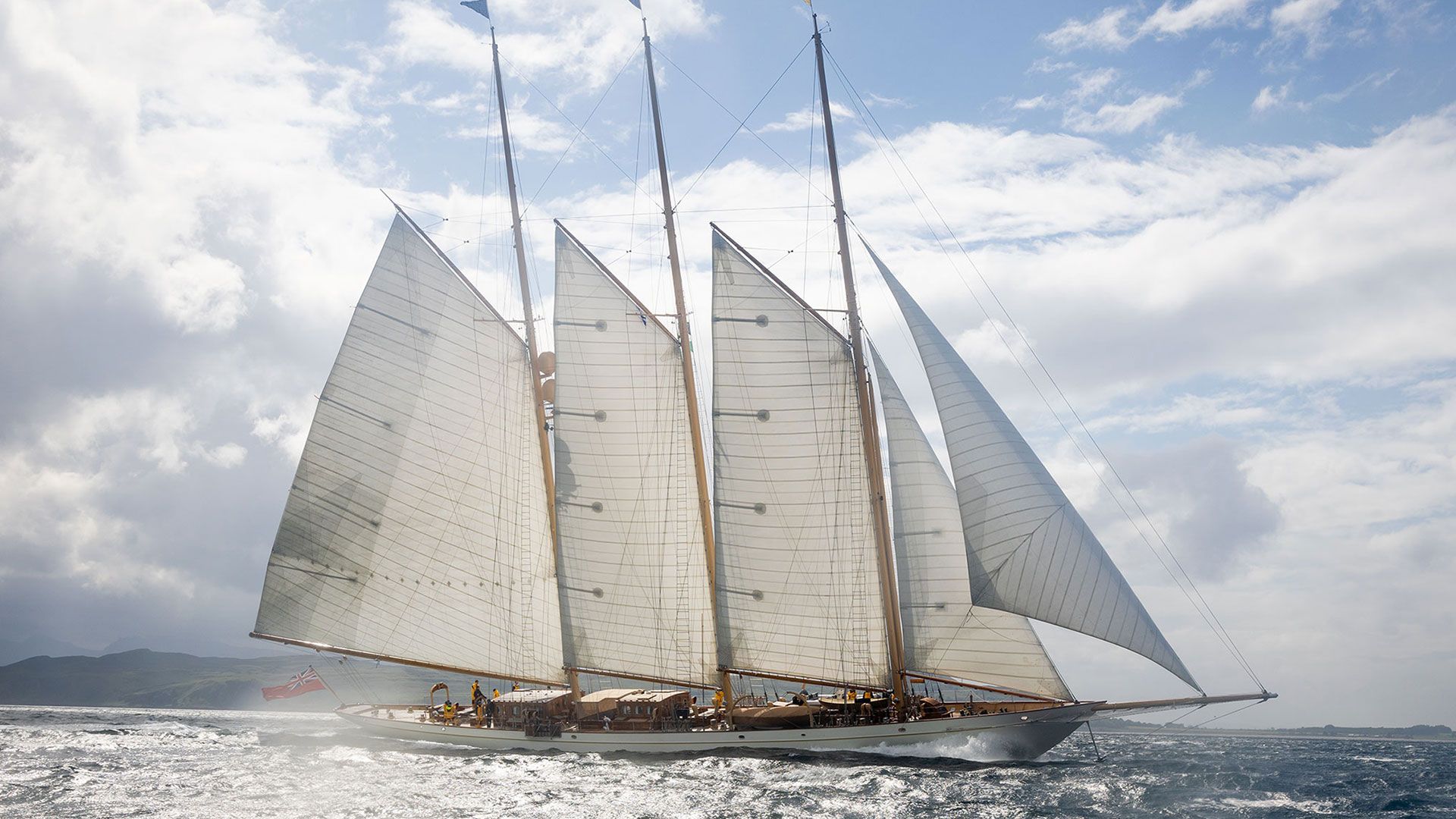 A journey through time

The Scottish lochs have a well-earned reputation for offering all four seasons in a day. With their wild, unspoilt landscapes, magnificent skies swiftly shifting from clear blue to deep black, and waters sheltered from the swells of the Atlantic, this is where the Scottish discovered recreational boating in the early 19th century. Before long, a small boatyard in Fairlie had earned a name for itself; William Fife Snr drew all the surrounding gentlemen with the quality of his designs and builds. This genius was then joined by his son, and they won recognition when Sir Thomas Lipton commissioned one of his challengers for the America’s Cup: the famous Shamrocks.

Whatever its size, a Fife sailing boat is immediately identifiable by its elegance, performance and, of course, its signature (a raging dragon carved into the planking of the hull near the stem with its tail ending near the stern – the back of the boat).

The Fife Regatta was the brainchild of keen boater Alistair Houston in 1998 and proved a wake-up call for enthusiasts all over the world. These sailing boats were masterpieces that needed to be preserved for posterity!

While only 10 boats took part in the first edition, the fifth edition of RICHARD MILLE FIFE REGATTA welcomed no fewer than 22 craft, some of which had crossed the ocean to be on the starting line in Fairlie on Scotland’s River Clyde. The flotilla was formed of racing yachts, cruisers and a few day boats, all with a specific pedigree connected to the Fife dynasty. They included six giant craft harking back to the halcyon days of yachting, including the legendary Mariquita, Moon Beam III and Moon Beam IV.

Alongside the regattas, the competitors took part in parades and transit stages, all set in the scenic Scottish lochs. Meanwhile, the anchorages and rest days saw events such as rowing races accompanied by warm Scottish hospitality. Celebrating beauty and rarity, even one or two centuries later, is always an absolute necessity.