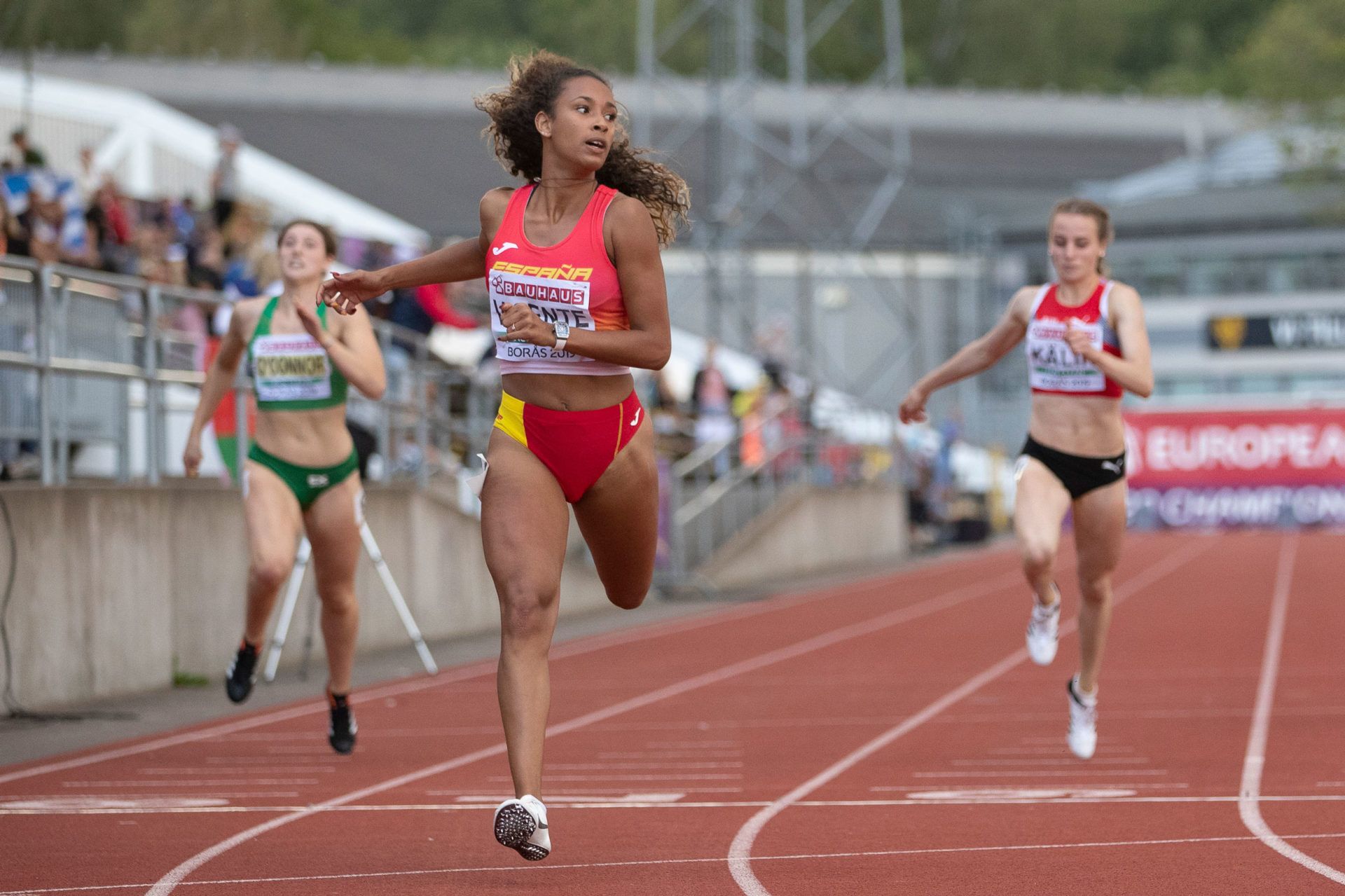 Up and coming, fast and winning!

Maria Vicente not only breaks records, she breaks them in record time! One of the irrepressible stars of Spanish athletics, she first stormed in to win the European under 20’s Championships in Boras, Sweden. It was with the same youthful verve and panache that she joined the Richard Mille family.

The young Catalan had already notched up an impressively long list of titles by the age of only 18, making it obvious that Maria was soon to become, and by a long stretch, Spain’s best-ever female heptathlete. She couldn’t stop breaking not only countless Spanish records but was also crowned World Champion Under 18 Heptathlon and striking Gold at the European Under 18 Championships – not to mention bringing home the World U-18 Heptathlon.

In August 2019, Gold at Boras was achieved in typically spectacular fashion. Not only did she surpass the rest of the field, but above all, she tore up her own personal bests. Maria went into the final event knowing she had already outperformed herself in javelin, throwing 44.18 meters, a lengthy 5 meters further than her previous best. Everything was on the line in the 800 meters, which took place in the pouring rain. As the starting gun fired, Maria knew she would have to turn in the run of her life and knock several decimal points off a time of 2.24:79. Not only did she beat the required performance, she smashed it by eight whole seconds, coming in at a breath-taking 2.16:29 and becoming the first ever Spanish woman to exceed 6,000 points, topping the heptathlon podium at a dizzying 6150.

No wonder she won Spain’s coveted ‘most promising young athlete award’ a trophy she received from King Felipe himself. No wonder, too, that she was the standard bearer for the Spanish team at the Opening Ceremony of the Youth Olympic Games in Buenos Aires. Now standing 1.80 metres, ideal for an athlete, Maria first began to understand the strength and power of her own body via dance lessons. With her strong determination to prove herself, Maria’s philosophy gives a clue as to what drives her to jump so many hurdles, not least of all those she purposely sets for herself. Even if she wins, she is only truly happy if she crossed the line as regards her own targets.

Having already won so much, Maria knows full well that people are expecting a lot more of her. Expectations of this kind are not pressure—she sees them as pure motivación! Conscious that what she has achieved so far is impressive, Maria warns that it is nothing compared to what comes next, intoning ‘you ain’t seen nothing yet,’with a Catalan accent.

No wonder, then, that Maria Vicente lines up in the starting blocks as a winning new addition to the Richard Mille family by wearing the RM 007 Titanium.

‘I am honored to be part of the Richard Mille family, who supported me from the first day of our relationship. The Richard Mille story is truly inspiring for everyone and I share the same motivation about aiming continuously for the best beyond any limits. I never felt comfortable wearing a watch when competing, but the experience with this watch could not have been better. I not only wear a beautiful and modern machine on my wrist, I also feel extremely comfortable with it.’