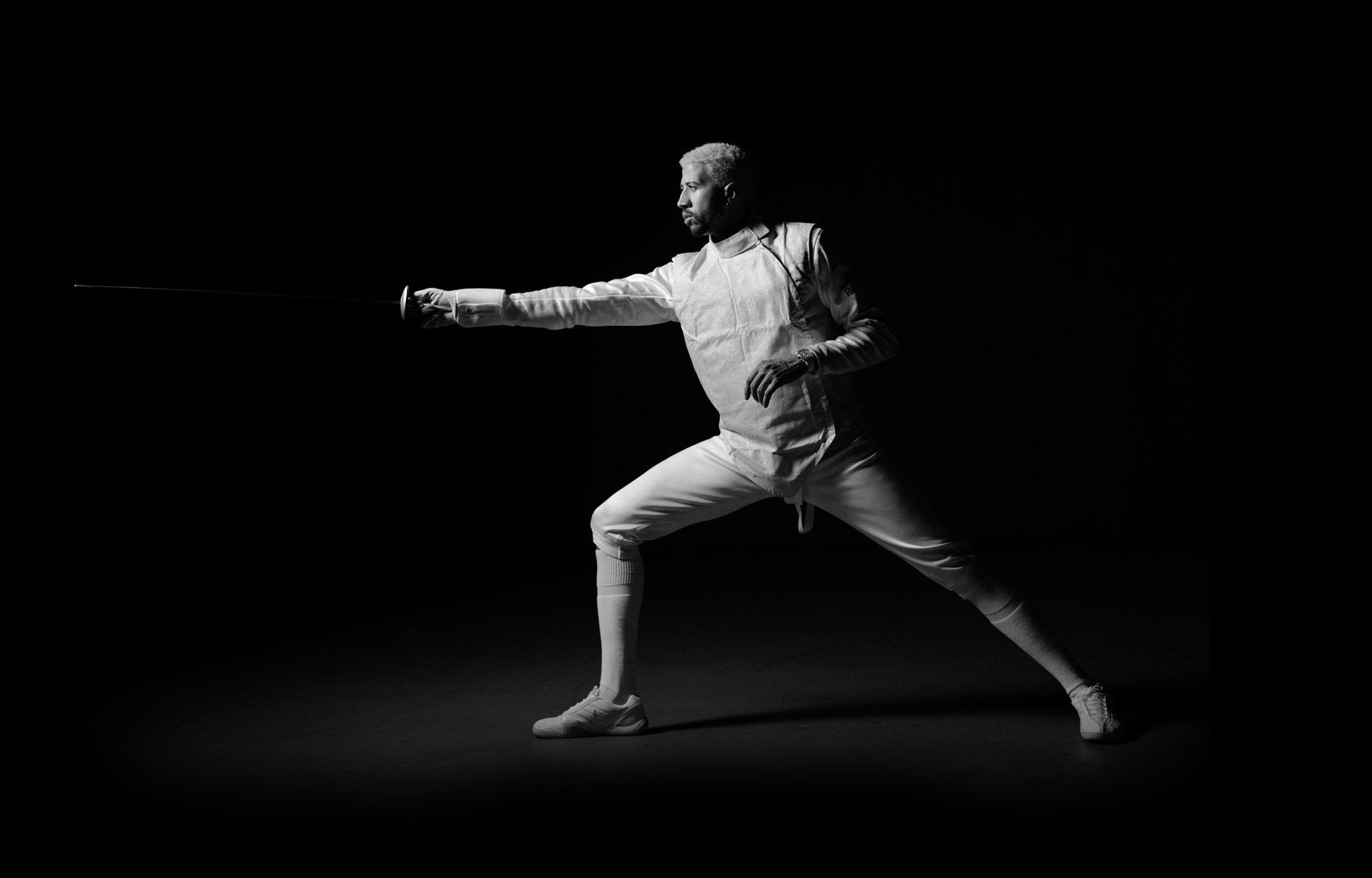 “Time is it in my sport. You can train your whole life, but the merest millisecond means the difference between Gold and nothing. I train myself mentally in slow motion. I need to get in touch with my neural system, unblock my mind and establish a “flow state.”

If you decided to spearhead a saber through the clichés about fencing, one of the world’s most élite sports, you’d probably invent the latest member of the Richard Mille family - Miles Chamley-Watson! Miles describes himself as a “half white, half black kid from London with Jamaican, Irish, British and Malawian, moved to New York City at 10 and now competes for the US flag. ‘All of which is, admittedly, a bit weird!’ he jokes in his deep London accent.

Miles first discovered fencing at Manhattan's Dwight School. Teachers thought it would be a way to handle his hyperactivity. A double-edged sword because, ever since, Miles has been channelling ‘that inner kid in me’ to become not only a one-time Olympic medallist but also the first U.S. male fencer to win an individual Senior World Championship title. His style is so unique he even has his own eponymous move – ‘The Chamley-Watson’ – a deft behind-the-back flick to his opponent’s side

This time mindset means Miles describes himself as ‘a massive watch person’. 5 years ago he wrote down his dream partners. Richard Mille was at the top. ‘We’re both unconventional. It’s a brand that’s all about taking risks. I have “Risk” tattooed on my hand and I look at it for inspiration each time I compete.’ Miles aims above all to transform “stuffy” fencing from niche to mainstream. He sees this as a way of helping children like himself, bullied or misunderstood at school. ‘I want to show kids what they can do. I’m even working on new outfits and a scoring system with flashing lights to get fencing on Prime Time TV!’

Miles wears the RM 67-01 Automatic White Gold Diamond Set. ‘I love seeing the movement, the dials. It’s so much what fencing is all about – precision, timing and style. Above all, it’s a brand that refuses to do things like everyone else. You dare to be different, like me. We should join forces and change the world ! Touché!