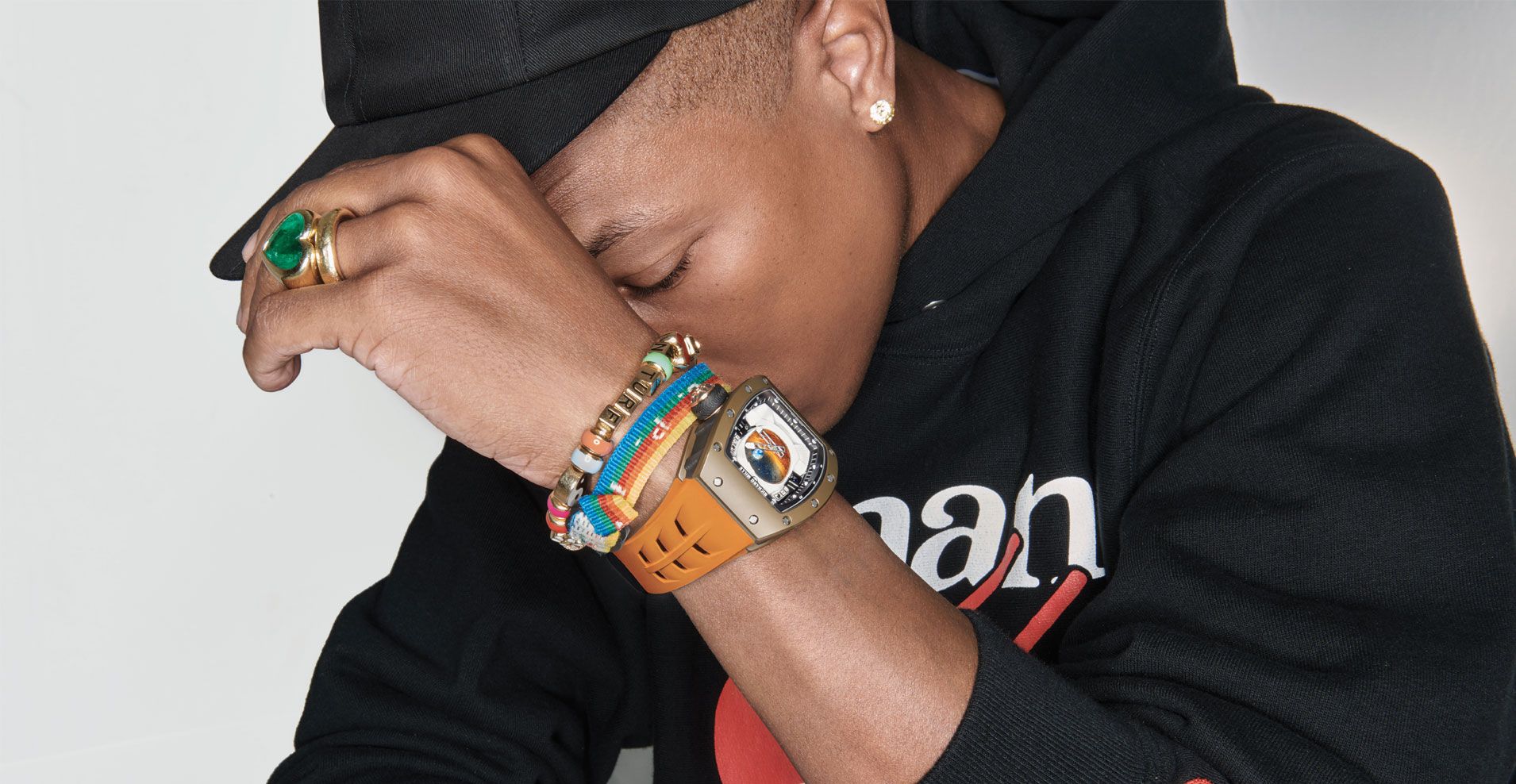 ‘I am honoured to work with Richard. The work he puts into the concept is a perception of life and of what he thinks of time. He mimics time and that’s why he is a genius. He offers you insights into something you take for granted, and it is deeper than the concept and the beauty that goes into the watches.’

In the crowded and buzzing world of singers and songwriters, few can claim to have penned a genuinely worldwide anthem. Pharrell Williams will forever be associated with the song that has accompanied untold wonderful moments in films and more importantly on the soundtrack of our minds – ‘Happy !’

The friendship between Pharrell and Richard Mille goes way back to 2006, when Richard first heard Pharrell’s lyrics for the Gwen Stefani featuring Pharrell song, ‘Can I have it like that’.

The Producer-Singer-Designer began his musical career in 1994 with The Neptunes, the producer duo he formed with his childhood friend Chad Hugo. In 2001, they were successful in producing Britney Spears' title, ‘A Slave 4 U’. At the same time, the duo formed the group N.E.R.D. Pharrell Williams and Chad Hugo became key producers and went on to work with Jay Z, Justin Timberlake, Alicia Keys and more.
He also did the vocals on ‘Get Lucky’ by Daft Punk. Not content with singing and producing, Pharrell is also involved in the fashion industry, founding the Billionaire Boys Club and Ice Cream Footwear brands.

‘He is so humble. He is incredibly easy to approach as is so often the case with people of talent.’

A true fan of the brand, the artist is often seen wearing Richard Mille watches, including such iconic pieces as the RM 031 High Performance, the RM 70-01 Alain Prost and now the RM 52-05 Pharrell Williams.