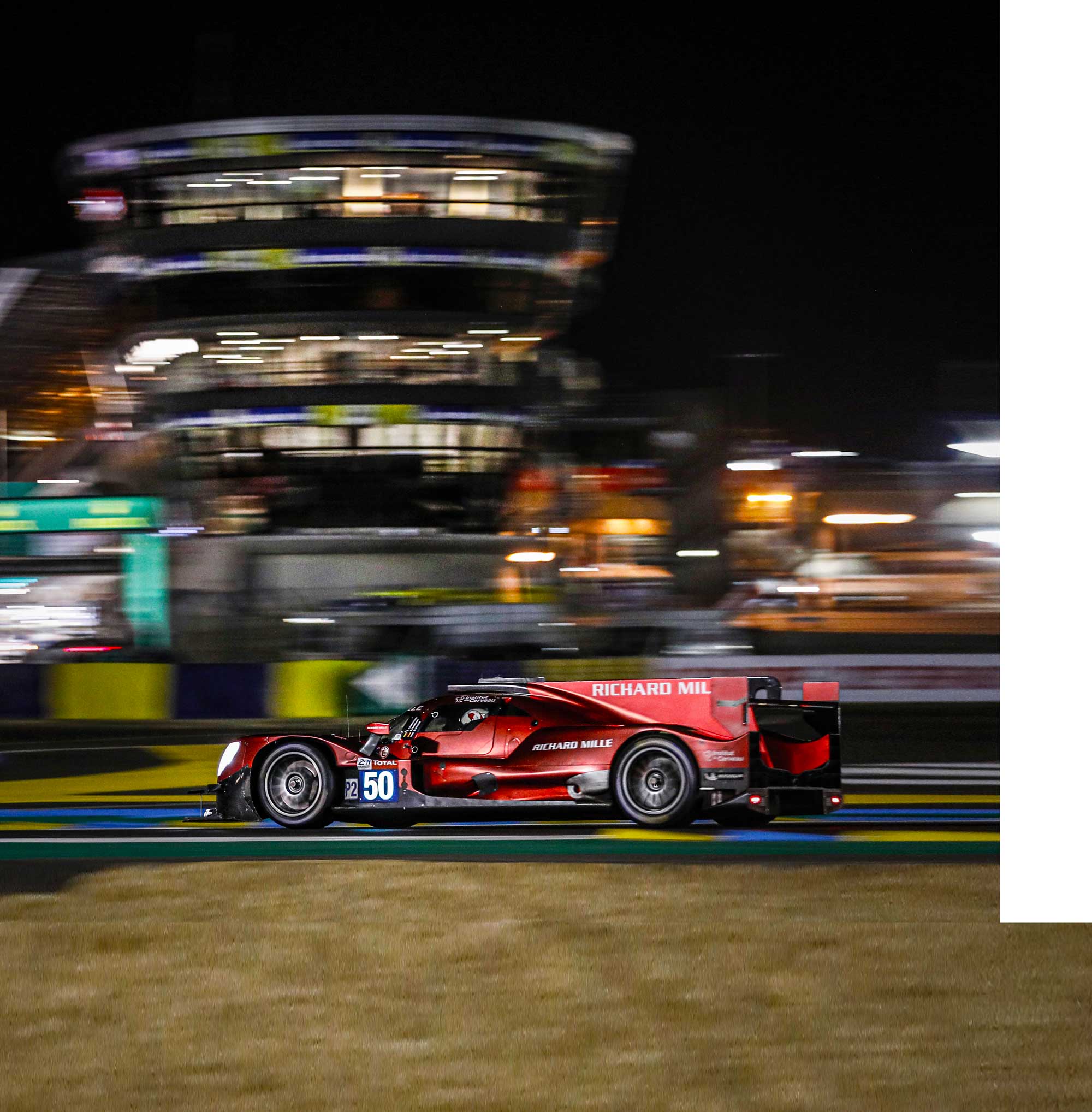 There were none of the usual 250 000 spectators in the world famous stadium at Le Mans this weekend. There was however no lack of success for Richard Mille’s partners during this, the 88th edition of the world’s most famous race.

Firstly, Sébastien Buemi notched up his third consecutive victory. Piloting the Toyota TSO50 Hybrid, the Swiss driver won in LMP1 together with Kazuki Nakajima and Brendon Hartley. “Luck can turn at any point at le Mans. We had problems at the beginning with a burst tyre, then the brakes. When we were two laps behind because of changing parts, I really thought victory had slipped away. A few hours later, we were back in the lead. At the 24 Hours things change, right up to the last minute !”

This wasn’t the only success for the brand. With its ground-breaking 3 female drivers, the Richard Mille Racing Team broke decades of stereotyping.

Proudly bearing not only the RM logo but also that of the Paris Brain Institute, Tatiana Calderón, Beitske Visser et Sophia Flörsch finished 9th in the LMP2 category. Tatiana had managed to put the team in the top ten from the get-go. Sophia upped the pace to 9th position and this was held by Beitske. During the night laps, Tatiana took advantage of competitor mistakes. At one point the team edged into 7th place, but then fell behind.
At dawn the three drivers fought back doggedly to pass the iconic checkered flag in 9th position.

“We pulled it off ! Each lap was a real challenge. We learnt so much day and night and will definitely be back next year aiming to go even higher.”

“The Richard Mille Racing Team injected a whole new level of excitement into this year’s competition and, more generally, the sport in general - not only with fans, but also with fellow competitors. The world was watching. They stepped up to the mark. We have every reason to be proud.”

But this wasn’t all ! To round off what was an unusual, but nonetheless exciting and successful edition, two other of the brand’s partners, Jota Sport and AF Corse also gave the field a run for their money – finishing respectively 2nd in LMP2 and 3rd in the GTE Amateur. All in all, Richard Mille was more than ever present at each and every bend in the world-renowned Circuit de la Sarthe !