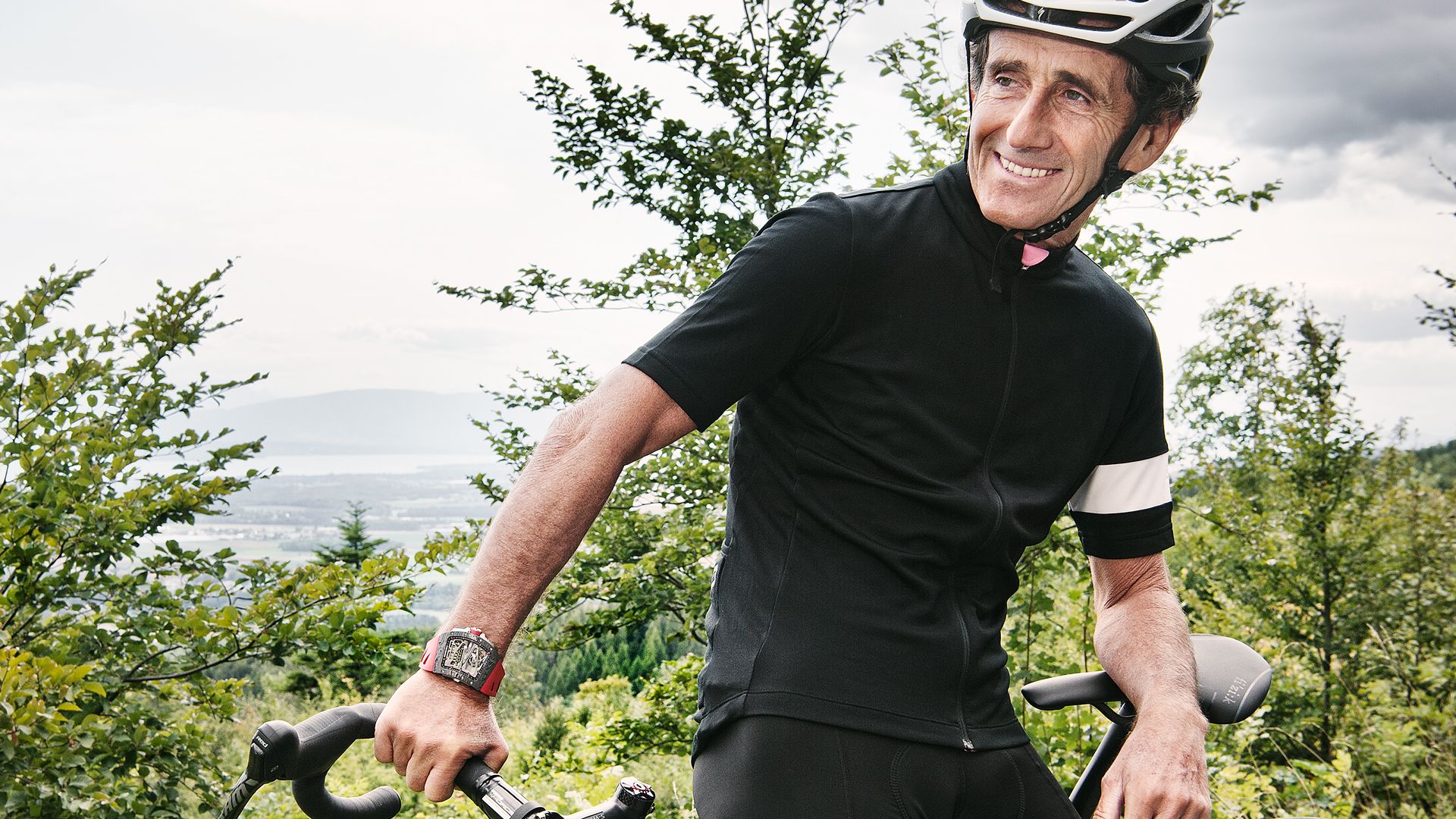 Partner since 2017, the collaboration between the brand and the Champion is founded on unshakable loyalty.

The man known as ‘The Professor’ is considered one of the greatest pilots in the history of his sport, four-time Formula One World Champion with 51 victories.
For the 1981 season with Renault team, he would not have to wait long for his first win in the French Grand Prix. The victories just kept coming: he had nine during his three seasons with Renault. In 1984 Alain returned to McLaren and a remarkable era began. In six seasons Alain won a total of 30 races, three World Championships and was runner-up twice.

In 1988, Prost contributed seven wins to his McLaren-Honda team’s season dominance with 15 victories from 16 races. New team-mate Ayrton Senna won eight races and the title, but the on – and often off-track – battles pushed each driver to new, unprecedented heights of success. The two continued McLaren’s domination throughout 1989, with Alain proving victorious that year. In 1990 Alain signed for Ferrari and won five races. 1991 was a difficult year and Alain took a sabbatical in 1992, only to return in 1993 with Williams. He won seven more races and obtained his fourth driving title.

In 2013, Alain Prost and Jean-Paul Driot joined forces to create the Renault e.dams Team in Formula E with the support of the brand. They would win the Teams’ Championship three times in a row.

Since 2017, Alain got a new role with Renault team, using his vast experience as a driver and former team boss of his own team in F1, from 1997 until 2001, to help the French manufacturer’s push to get back to winning ways in Grand Prix racing.

In 2017, the brand released the RM 70-01 Tourbillon, developed in collaboration with the French champion and inspired by his secret passion, cycling. He has been riding seriously for nearly 25 years, always striving for precision and technique—as the brand does with its watches.

‘When you think about Alain Prost, you instinctively think automotive, so it was also important for us to offer something new and unexpected inspired by Alain.’