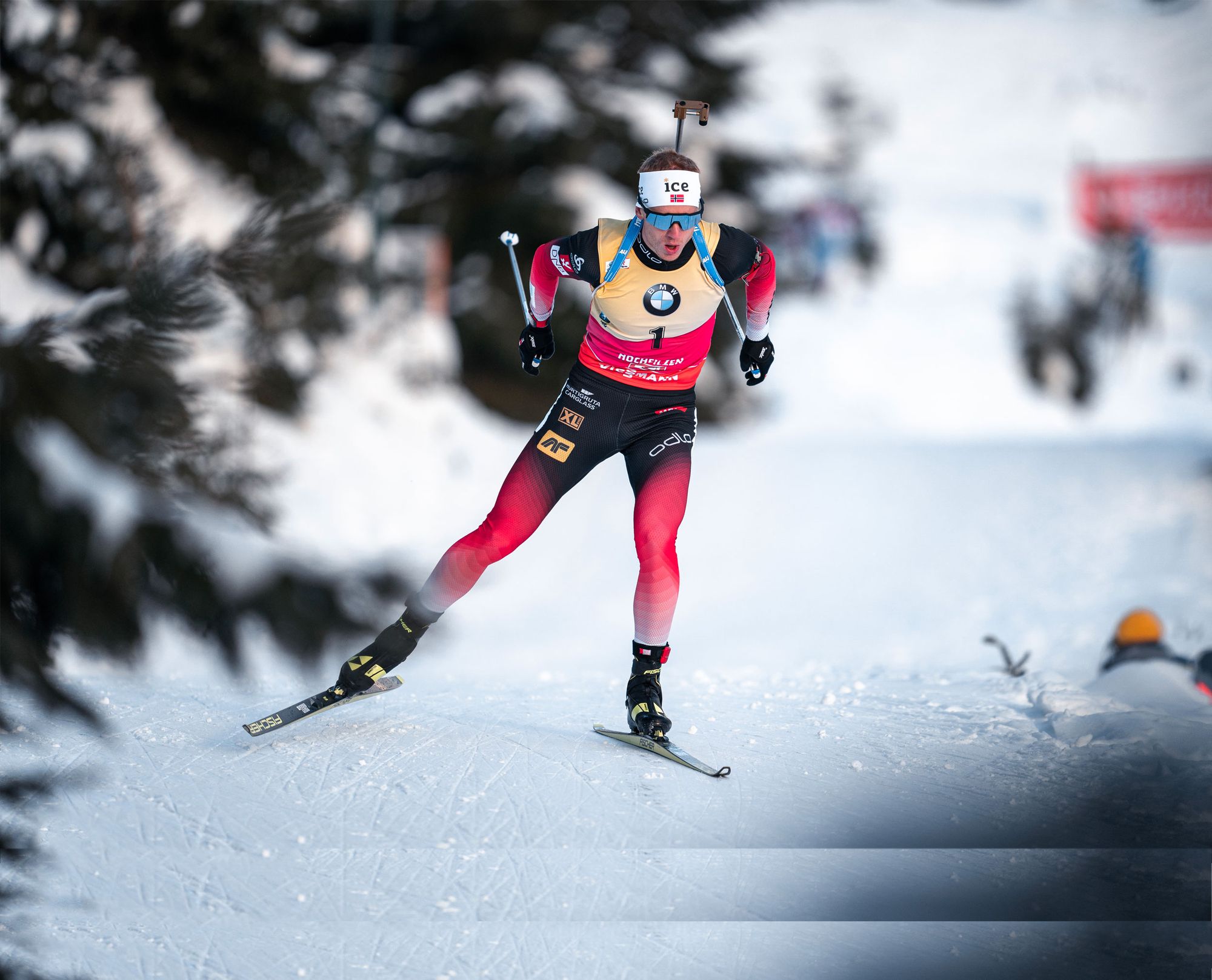 As a young boy skiing round the mountain peaks of his native Norway with his brother Tarjei, also a top level biathlete, Johannes Thingnes Bø’s dream was to become Olympic Biathlon Champion. Little did he know that both brothers would one day scale the heights of the world’s biathlon podiums. Johannes achieved his personal dream in 2018, at the age of 25 in PyeongChang, where he collected no less than 3 medals, topped off with his first individual Gold after a near faultless performance in the 20 km.

Ever since, Johannes continues to move from strength to strength. The biathlete clearly has peak performance in his sights, notching up wins and records in Crystal Globes and the World Cup over several seasons.

Biathlon is unique in that it calls into play two very different disciplines: cross-country skiing and marksmanship with a rifle. Both require supreme concentration. High-precision targeting in a fraction of a second must be combined with long-haul endurance capabilities. Penalties for the merest slip aiming at the target can wipe out points snatched in the nick of time down the slalom. ‘The average pulse at this point of a race is 180 bpm. In addition to skiing fast, athletes need the ability to calm down and shut out the outside world as they try to hit five small targets from a distance of 50 metres. Accuracy, timing and precision are key. Being one hundredth of a second too fast or too slow on the trigger can make the difference between success and failure.’

‘Development and innovation are key factors when it comes to reaching the highest possible level both in sports and product. The RM 67-02 fits so close to the wrist that it actually feels like it is part of the skin. During races, we athletes take our rifles off up to four times, and this calls for an extremely well-fitting watch, not to interfere with the weapon drill. Lightweight, athletic and sporting the Norwegian colors, I know that this watch on my wrist will give me strength and motivation.’