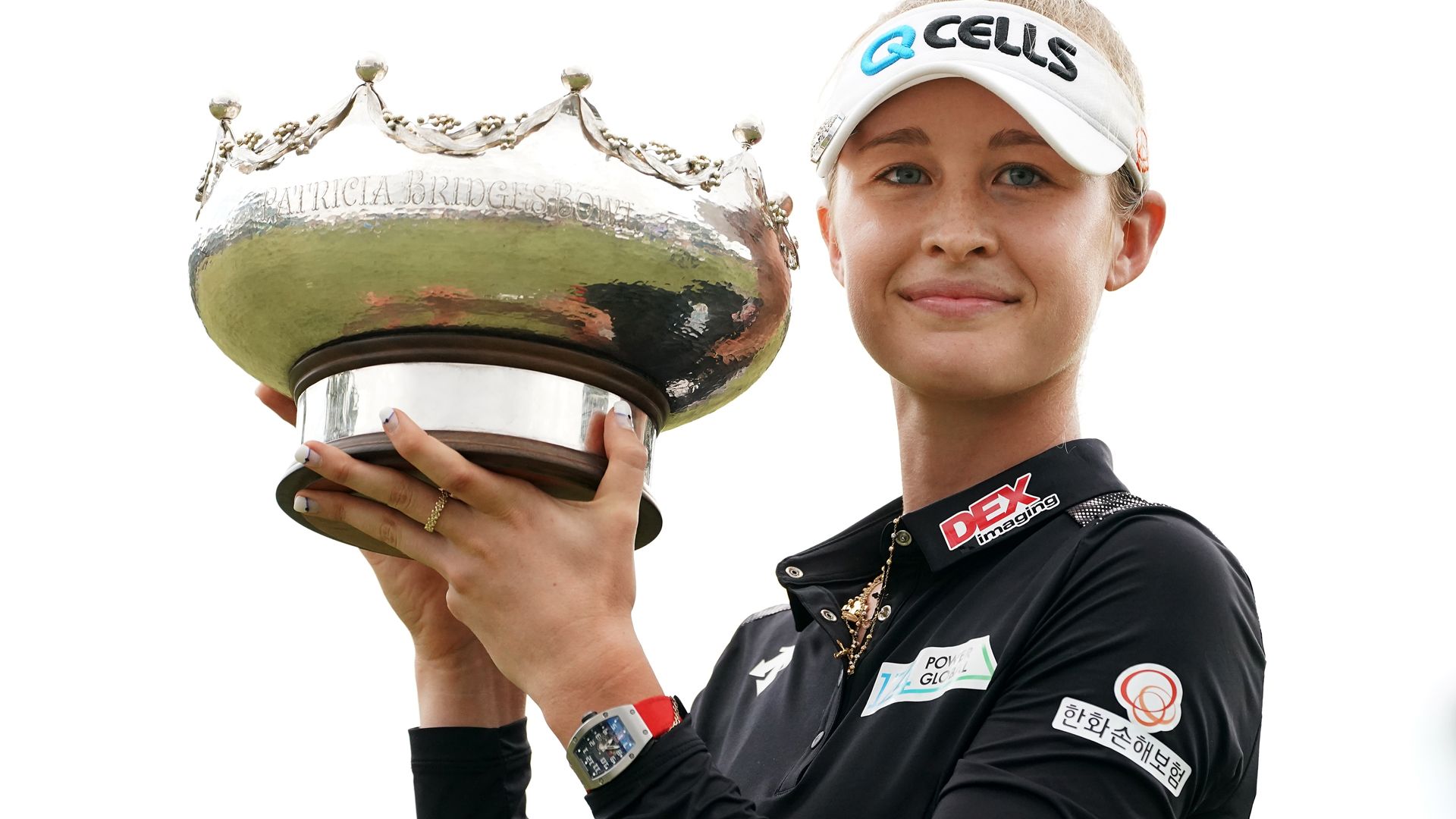 Korda is no exception to her family of exceptional athletes. Her parents, Petr and Regina, were both professional tennis players, (her father a grand slam champion), Nelly’s brother also lifting the trophy at the Boy’s Championship in the 2018 Australian Open. However, she decided to abandon the courts for the green, and has been making great strides ever since.

It was in 2016 that Nelly’s professional career took off, when she won the Sioux Falls LPGA Golf Tournament leg of the Symetra Tour. She went on to victory in the LPGA Taiwan in Taoyuan and by the same occasion claimed her first LPGA tour title. At 15 years old, Nelly was already playing in the U.S. Women’s Open, before joining the US team in the Junior Solheim Cup, two years later. Her amateur career culminated in the Harter Hall Invitational 2015, and the PING Invitational 2015.

‘You never think about how much work goes into a single watch. It’s like surgery. As an athlete, your sport is your art. This means we can appreciate all the more how much work the Richard Mille watchmakers put into their art.’

A doer of great things

With Nelly’s second LPGA triumph, in Adelaide, Australia is once again abuzz with the name Korda—following her father’s Australian Open title in 1998, her sister’s 2012 victory in this same tournament, and her brother’s win in the Australian Open Jr. Championships. in 2019, she won the Lacoste Ladies Open for her first participation. In February, 2021, Korda won the Gainbridge LPGA at Boca Rio at Lake Nona Golf and Country Club in Orlando, Florida.

A doer of great things in women’s golf, the young American takes her well-deserved place with the other talented athletes involved in developing a sports-based women’s collection for the brand.