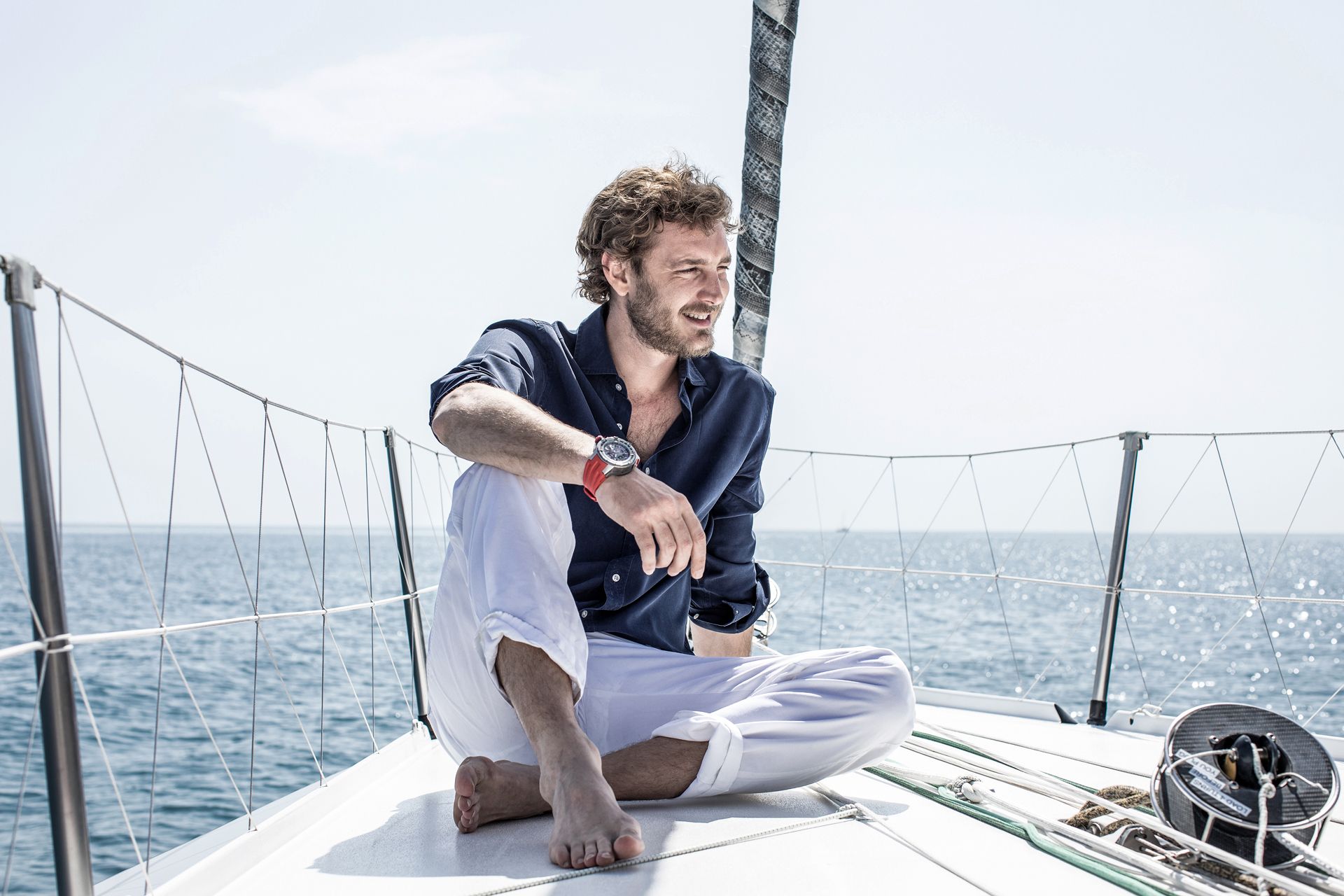 The first sailing partner to join the brand, Pierre Casiraghi has always had a special relationship with the sea. The son of the Princess of Monaco is a true Gentleman Sailor, belonging to a new generation of skippers; a daredevil indeed, but one who also sponsors ‘Sail for a Cause’. On top of it, he is a total watch fanatic. In short, someone with instant appeal to Richard Mille.

‘I am truly amazed by what Richard has achieved as an entrepreneur. He has successfully created a brand that is both original and innovative.’

Pierre’s arrival within the Richard Mille family provides an exceptional opportunity to test the RM 60-01 Regatta and ensure its perfect adaptation to the severely hostile environment the sea can sometimes become.

After earning his stripes on the flagship vessel of the Monaco Yacht Club, Club, serving as Vice President, he successfully entered the field of crewed ocean racing. Among his notable accomplishments are two titles in the Palermo Monte-Carlo regatta for the TP52 class, as well as victories in the Giraglia Cup aboard Esimit Europa 2, the Gold Cup in a Melges 32 and the Cape to Rio aboard Maserati.

Since 2016 Pierre has been putting together his own sailing team and acquiring a new-generation catamaran to compete in the GC32 circuit with Malizia, which he skippers. He continues to rack up nautical miles aboard other boats. One of the highlights was lining up for the first race of the Globe series aboard the Malizia II, a new-generation mono-hulled 60-footer, together with competing in the Transat Jacques Vabre alongside Boris Herrmann aboard the 60-foot IMOCA, Malizia II.

In 2019, Pierre was announced as ambassador of the 10th edition of Les Voiles de Saint Barth Richard Mille, being at the helm of the Maxi 72 Sorcha. He won the Maxi 1 category and took home the Richard Mille Maxi Cup.

'I love its architecture, and besides, it’s the first mechanical watch I’ve seen that has a compass rose, an important instrument for navigation.’