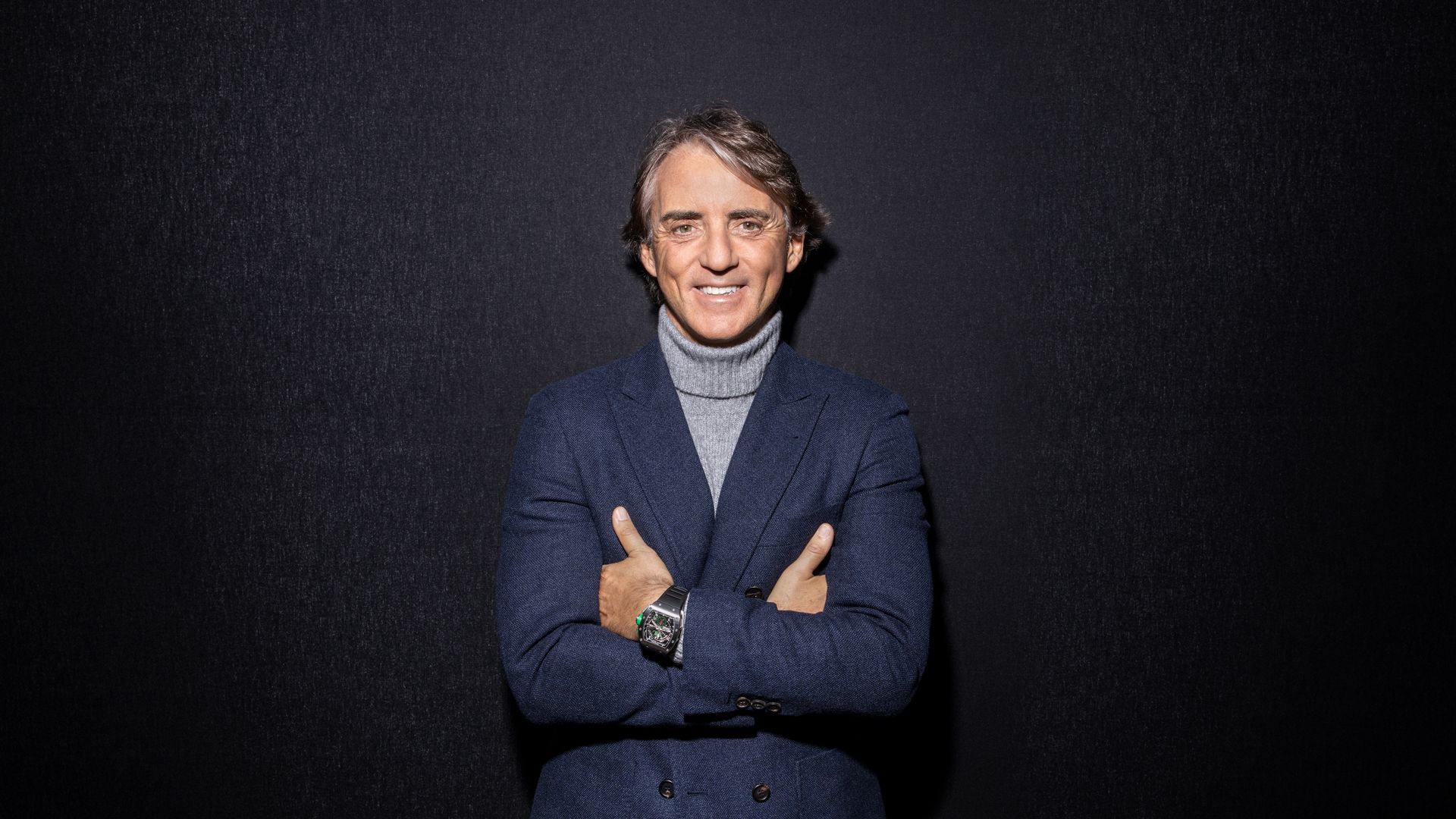 Roberto Mancini has a quality that Richard Mille considers the fifth cardinal virtue, loyalty. When you manage your national football team, you have to give it all. When it’s Italy, you have to give more than your all, all the time! Elegant as a player, he has retained this quality in his role as a coach. A real gentleman of the sport, who combines creativity with technique.

Roberto Mancini, the gentlest partner of Richard Mille, returned home to become the new coach of the Italian football team. After training for almost a year the Zenith Saint Petersburg team, Roberto Mancini came back to Italy, breathing new life into this legendary soccer team.

The watch he and Richard Mille imagined was always going to be unique, adapted to the specific format of a football match. Extra time and stoppages are all difficult moments for football managers and coaches. Time remaining in a match is of the utmost importance to any decisions made. With this in mind, the RM 11-01 and RM 11-04 respectively kicked off in 2013 and 2019. They are designed to accompany the trainer who has to make split-second decisions under immense pressure. This is the difference between win and lose.

‘The way the watch works is incredible. The dial displays match time on the basis of two 45-minute halves and up to 15 minutes of stoppage time. Its operation appears extremely simple but in reality it is unique in watchmaking.’