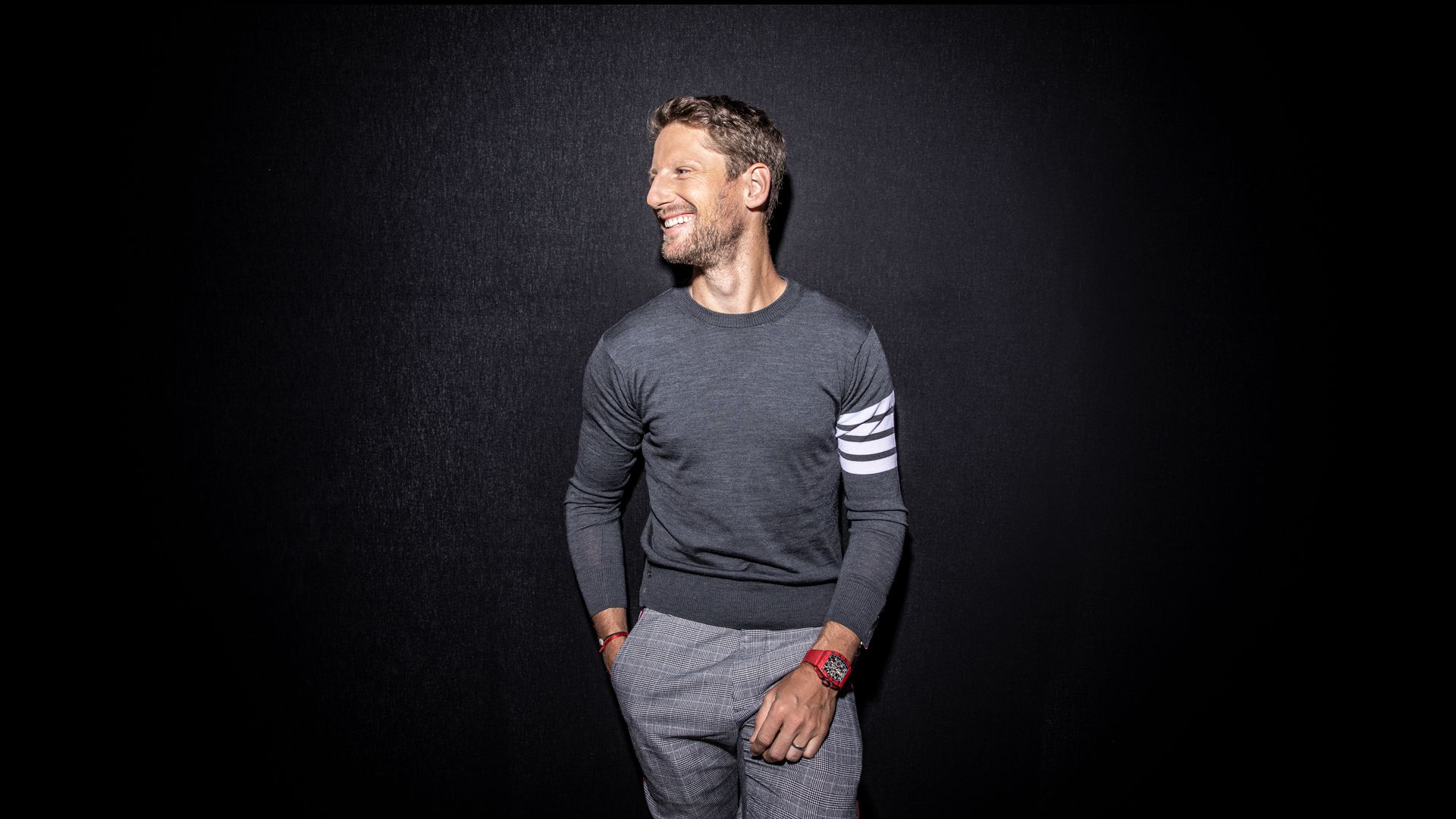 One of the most exciting drivers

Romain Grosjean and Richard Mille first met in 2013. This brief encounter was the beginning of a fast friendship. Ask Romain Grosjean about watches and you will discover they are one of his passions; but then, what would you expect from a Franco-Swiss driver born in Geneva ? Romain is relaxed yet determined, knowing when exactly to put his foot down, usually on the accelerator !

‘The people I admire are those who work hard and give 100% of themselves; Richard is a model in that regard. His products are unanimously acknowledged for their technical excellence, and I am extremely proud to be one of his friends.’

Romain made his Formula 1 debut with the Renault F1 Team in 2010. The following year he became GP2 Series champion with DAMS. 49 victories made him into a definite French hopeful in motor racing. He completed his first full season in Formula 1 in 2012, with the Lotus F1 Team, climbing the podium three times. He doubled that in 2013, achieving his best season in Formula 1. In 2015, the team recovered, allowing him to finish well up in points. After four seasons in the British team, he joined the Haas F1 Team in 2016.

A fascination for watchmaking

Romain competed in 39 Grand Prix wearing the same RM 011 Red Quartz TPT®. On close examination, the watch performed faultlessly, testimony that Richard Mille watches are indeed racing machines for the wrist. Romain’s eye for detail belies a fascination in the deep working and mechanics of everything he uses.

A veteran of 180 Formula 1 starts, Romain Grosjean turned to the NTT INDYCAR SERIES in 2021 with Dale Coyne Racing.

‘I think watches are truly beautiful pieces of jewelry for men. I would quite happily take a watch apart because I love understanding how the mechanics work, and watches can reach the very pinnacle of precision.’