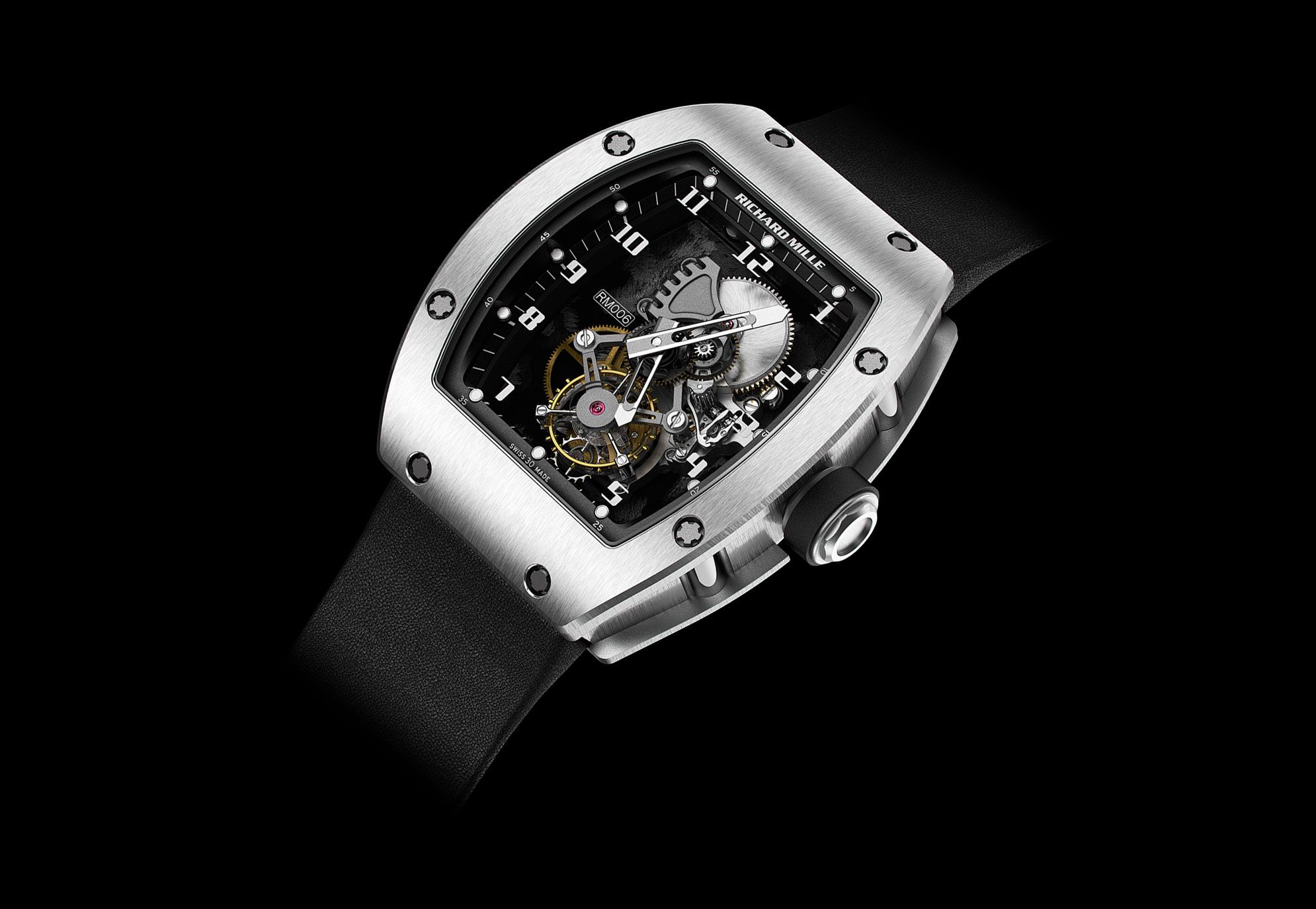 The partnership between Richard Mille and Felipe Massa came about from a friendly challenge between two friends. Felipe wanted a watch capable of resisting the high g-forces in F1 racetrack conditions, whilst being extremely light and easy to wear.

In 2004, the RM 006 Felipe Massa, weighing only ­43 grams, was the first watch to bear the Brazilian ­driver’s name, and constituted a radical innovation with its brand new movement baseplate made of carbon nanofibre.

The technical results were remarkable and the RM 006 influence on the collection remained strong. This led to the extended use of carbon nanofibre in the RM tourbillon range. Progress in this important area of development has now opened up a new era in watchmaking.

This timepiece, developed to withstand the violent accelerations and vibrations of an F1 Grand Prix, was the progenitor of a series of fine watches dedicated to the pursuit of lightness.