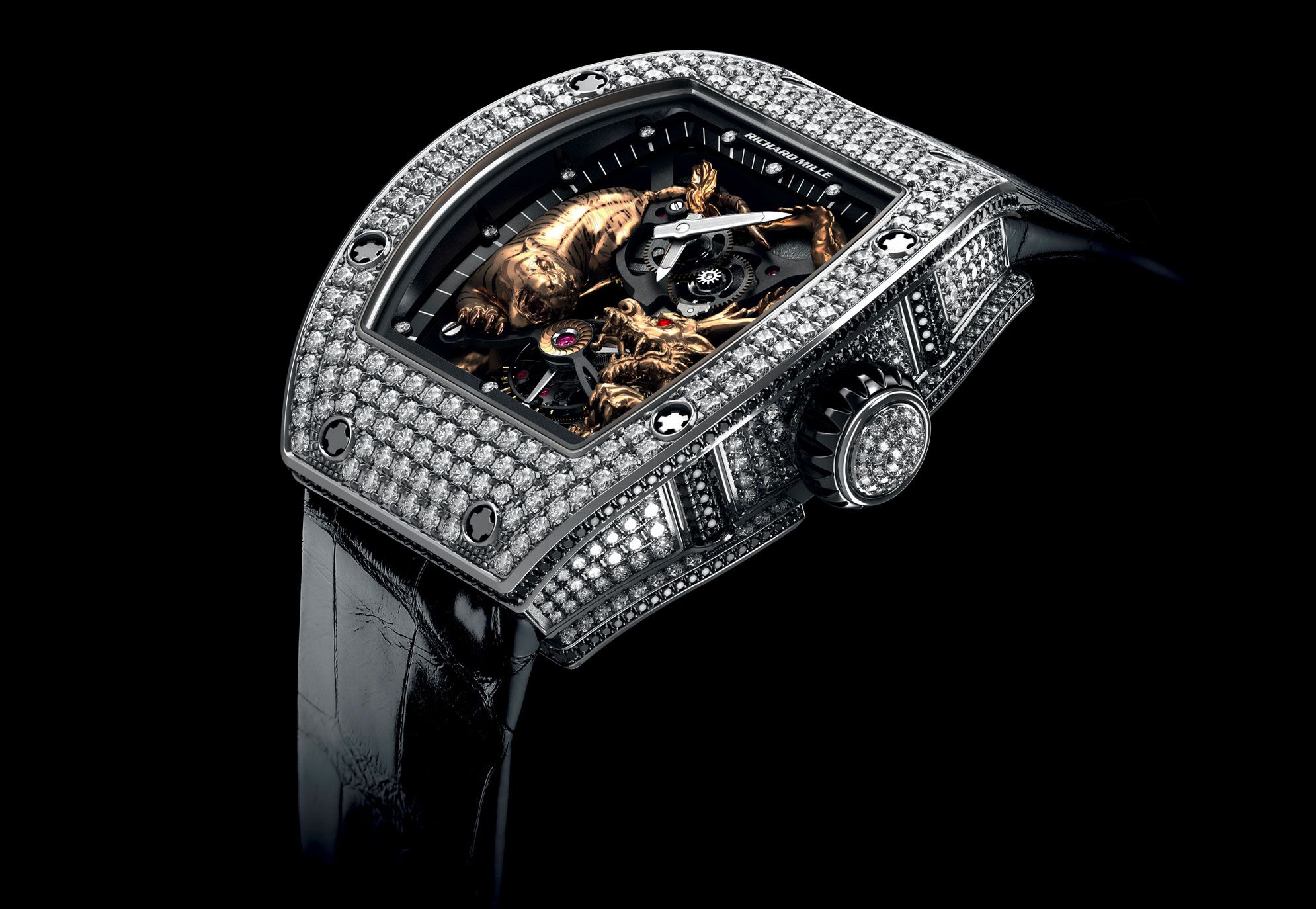 Richard Mille and Michelle’s collaboration began in 2011 with the creation of the RM 051 Phoenix Tourbillon, a symbolic timepiece in which she was intimately active. Michelle desired to reiterate the concept of forms and shapes integrated within the watch’s movement, this time with a visual scene centered on the symbolic themes of the Tiger and the Dragon, with a tiger and a dragon clutching the tourbillon movement.

The tiger and dragon have deeply influenced Asian culture. The Tiger, considered as ‘Yang’ supremacy, therefore male, was viewed as a demon hunter. For the military, the tiger, symbol of courage, was represented on shields and weapons. The dragon, meanwhile, is a very common symbol in China, taking on many complex traits, as an emblem that can unify a group, or a larger nation. Today we closely associate it with prosperity and happiness.

With a power reserve of 48 hours, indicated by a red line between 10 and 11 o’clock, the grade 5 titanium movement includes a torque limiting crown to protect the watch from possible overwinding.

Created from red gold, the figures are carved and incised entirely by hand. Special miniature tools were specifically made for the specific artistry required in the physical realization of these two creatures. To increase the realism of these special animals, a long and painstaking process of hand finished micro painting was executed, also including the unseen parts of these two marvelous entities.