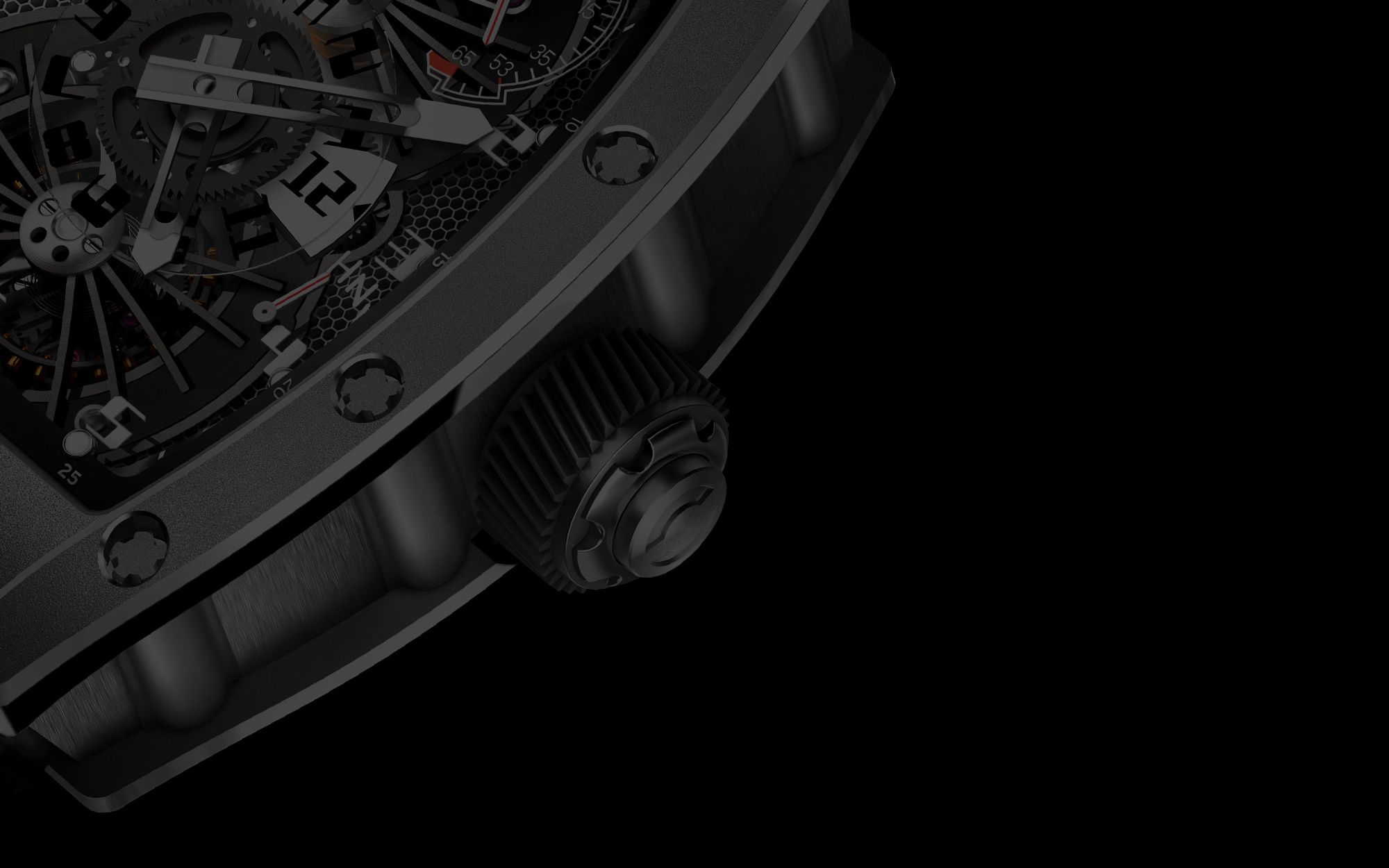 In 2009, the launch of the RM 021 ‘Aerodyne’ had a huge impact on the industry as it encapsulated exemplary modern materials unique to watchmaking and indicated the subsequent design path towards the RM 022 ‘Aerodyne’ Dual Time Zone.

Continuing the expansion and application of truly unique materials to watchmaking that characterise the brand’s philosophy, the RM 022 is equipped with a composite baseplate featuring a titanium exterior framework combined with honeycomb orthorhombic titanium aluminide and carbon nanofibre. These materials belong to a new group of alloys, developed from the main class of titanium aluminides, which possess a specific crystalline molecular structure ordered on the orthorhombic phase of Ti2AlNb.

The use of this alloy in a honeycomb geometrical structure was originally the subject of research by NASA for application as the central core material for the ‘sandwiched’ wings of supersonic aircraft, where resistance to extremely high temperatures and torsion is paramount. Remarkable as it may seem, the preformed honeycomb patterns are actually microscopically laser-welded together to create a complete plate of the material, as casting methods for the honeycomb pattern do not deliver bonds with sufficient stress-resistance.

The alloy in this honeycomb form offers unparalleled rigidity, a low thermal expansion coefficient and exceptional torsion-resistance. The actual shape of the baseplate itself as seen from the dial side resembles the trench-like V-shaped profile of a flying wing aircraft, where the wing tips are positioned higher than the central body of the aircraft itself. The winding barrel and tourbillon are both placed in the central depth of this aerodynamic structure, balancing on light and airy bridges with four arms on two sides. The watch represents the extraordinary union of all the aspects that comprise the Richard Mille philosophy of watchmaking – now and in the future.

The RM 022 also features a torque indicator, which provides a visual display of the mainspring’s internal tension allowing for the timing of the movement to be optimised, as well as a power-reserve indicator set for 70 hours when fully wound and a function selector in the form of a pusher located in the centre of the crown, allowing the wearer to switch between W (Winding), N (Neutral) and H (Hand-setting) positions.

This functionality was inspired by the gearboxes of racing cars and was guided by the brand’s quest for durability.