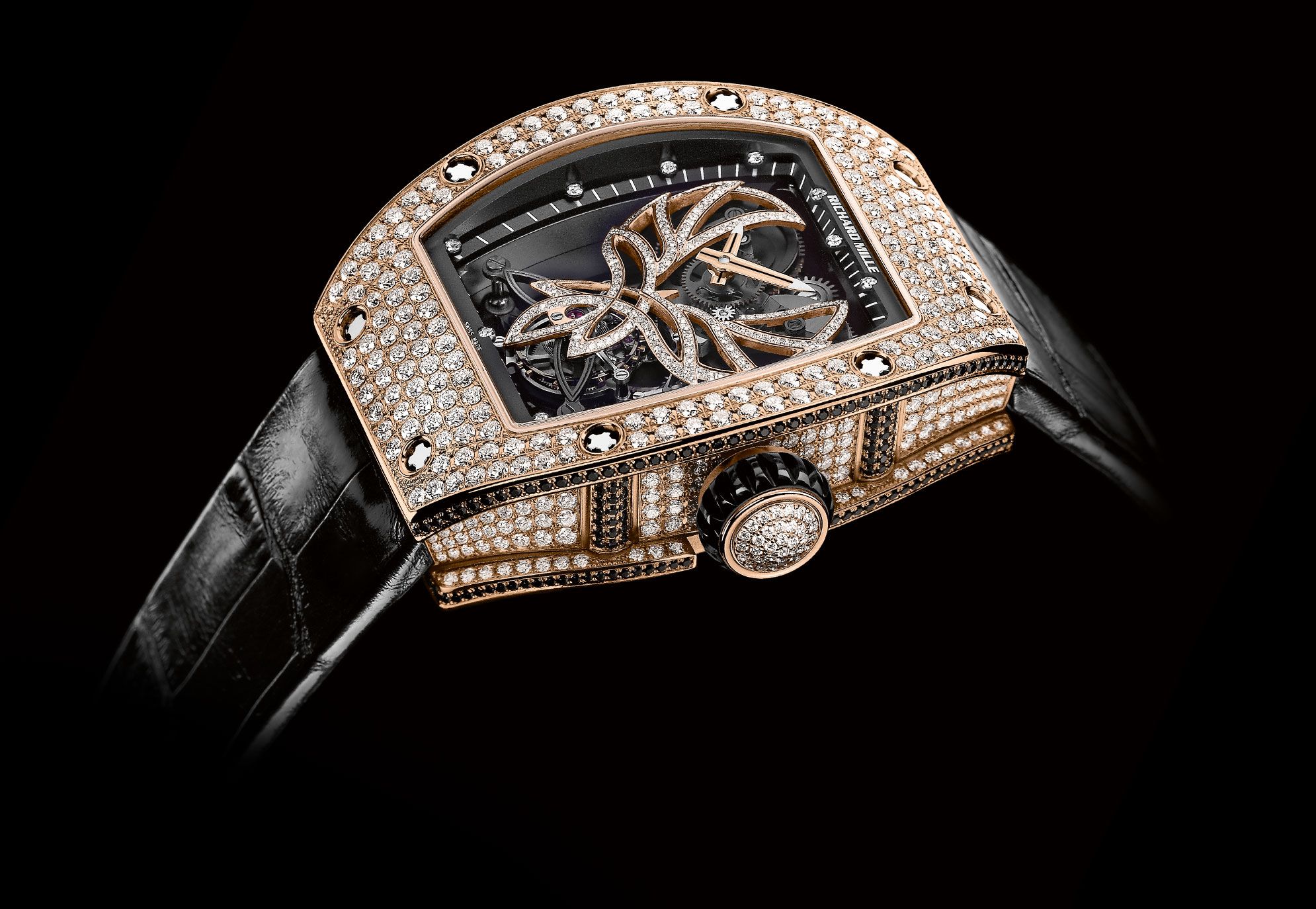 According to Chinese legend, the phoenix (or Feng-Huang) was the emblem of the Empress and known for being the kindest of birds. Its beauty was unsurpassed and its song one of the most beautiful. Having survived several centuries, the phoenix would eventually burn away, only to rise again from its own ashes. Symbol of grace, feminine beauty and strength, the body of the phoenix represents the five human qualities: its head, virtue; its wings, duty; its back, justice; its chest, good will and its belly, reliability.

Projected into the world of haute horlogerie, the phoenix enters a timeless dimension. Positioned in the RM 051, the phoenix is adorned with diamonds and encapsulates the movement in harmony with the barrel, power reserve and tourbillon. Poetry and fascination are transcended from this highly complex and elegant work of art.

Another attribute of the RM 051 is its baseplate made of black onyx, a gemstone known for its properties in absorbing negative energy and producing emotional stability as well as inspiration. The RM 051, created by Michelle Yeoh was designed for women looking for highly technical performance timepieces around a very sophisticated package.